Joey Anuff is a freelance ML developer. Before writing code, Joey wrote for WIRED, SPIN, and the Washington Post; created ads for Samsung and Microsoft; and developed TV series at MTVN and A&E. Most recently, he wrote about cloud comics translation and AWS Lambda deployments for DataStax.

The full code for this project is in Joey's GitHub repo at januff/stepzen-spotify-knowledge.

Behind the Music (in two Sentences or Less)

The boxes of summarized information that appear beside Google search results? Those are Google’s “knowledge panels,” so-called because they’re powered by Google’s Knowledge Graph, a knowledge base launched in 2012 and currently boasting more than 500 billion facts on 5 billion entities. 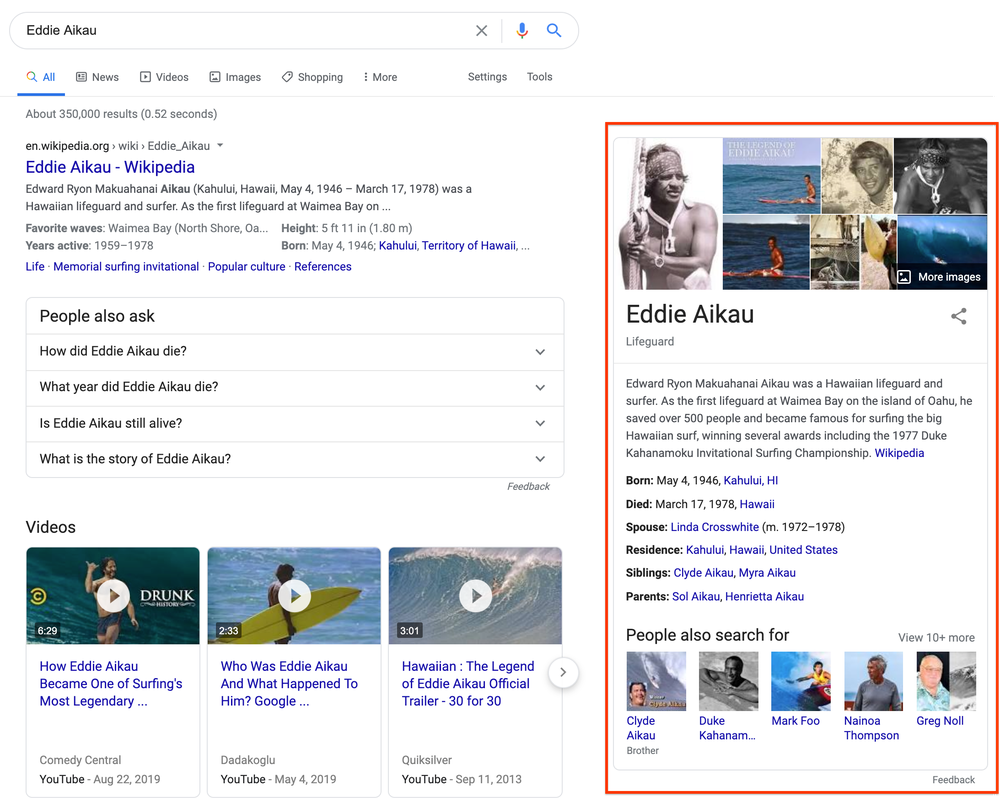 A reintroduction to our Knowledge Graph and knowledge panels (Google Keyword blog, 2020)

Largely derived from Wikipedia text, data from the Knowledge Graph has some appealing qualities to API-handy developers: a zillion concise factual summaries being one, and a daily allocation of 100,000 free APIs calls being another.

This makes it an ideal secondary API to augment any sort of entity-heavy data, Spotify’s API being a perfect example. And whereas cramming random Google queries into one’s Spotify data pipeline might otherwise be a cumbersome bit of orchestration, StepZen makes such coupled API calls irresistibly easy.

Moreover, StepZen’s new GraphQL Studio, which includes presets for both APIs, makes it easier than ever to deploy a working demo and try it for yourself. . .

Read the the full blog post - Mashing up the Spotify & Knowledge Graph APIs Using GraphQL Studio - follow the steps and have a hybrid Spotify/Knowledge endpoint deployed in minutes.

In a subsequent project, Joey explains how to bundle an Access Token request using the @sequence directive.

See Spotify OAuth 2.0 Tokens in 3 Steps and the GitHub repo at januff/stepzen-spotify-knowledge.