At StepZen there’s really one main job: to connect the world’s data sources to the applications that put that data to use. Behind the idea is a broad recognition that creating modern apps and sites has changed a lot, but only in some ways. Frontend development and deployment have never been easier: new cloud services and tooling have made it possible to take the code from frameworks like React and securely deliver applications close to users all over the world, making them performant and updating them continuously.

But those apps still consume backends in a hodgepodge of centralized databases and content stores fronted by public and private APIs that are mostly handcrafted for every use.

Frontends are increasingly made with lasers by robots, while many backends are still carved by hand in a workshop with chisels.

GraphQL has been embraced as one technology to modernize backends and make developers more productive; there is near total awareness of GraphQL, but less than half of app developers are actually building their products with it. The desire to understand this technology is easy to explain: GraphQL has the promise of turning huge numbers of calls to multiple REST APIs or databases into one API that returns the data you query and only that data. StepZen has built on that foundation with custom directives to make a uniquely powerful GraphQL platform, and we’re adding to it in ways that enable a single data layer to serve developers, teams, and entire organizations.

But it is also not hard to see why adoption of GraphQL can be hard. It requires developers to carefully build those APIs using tools like Schema Definition Language (SDL) to code the schemas and resolvers to connect to every data source. And once they have built them, developers need to keep those GraphQL servers running, updating code and dealing with the inevitable change of all those backends. We’ve heard loud and clear that many API builders would prefer to consume and assemble APIs rather than code them by hand.

Today we’re launching GraphQL Studio to make GraphQL significantly easier to adopt and use for any size project. It’s an intuitive and streamlined GraphQL IDE that delivers a suite of popular and useful APIs that StepZen has transformed into flexible GraphQL schemas, and that can be used in any combination. These include content management systems (CMS), eCommerce, social media, developer productivity tools, and even data stores like Airtable. We've prebuilt some cool combinations of these that do everything from serving local currencies to your users to doing sentiment analysis for social media data. 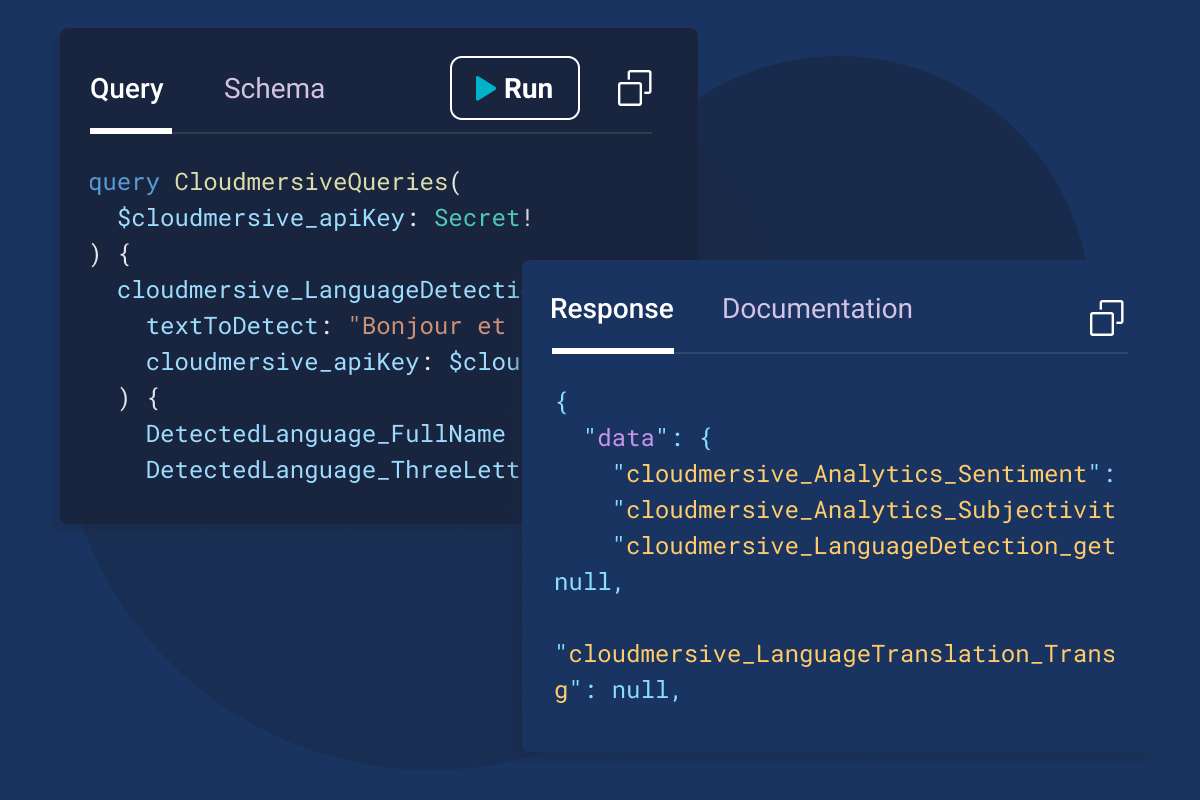 Sample queries and mock data let you explore and see how these APIs work, or configure them with your keys and access your own data. The result: in just a few clicks you have your very own API, no account required, hosted for free by StepZen. Roll the endpoint URL into any app, site, or project you’ve got, and we’ll run it for you. 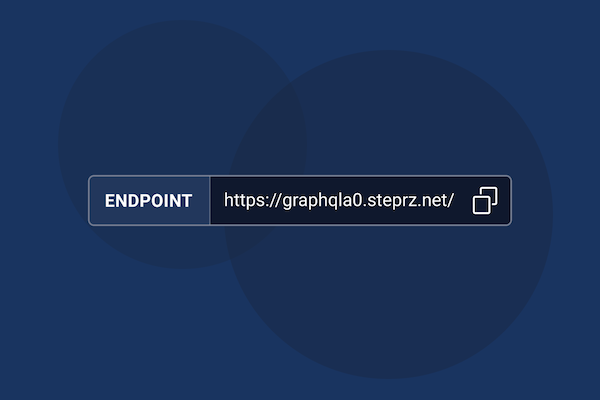 These pre-built schemas are just the beginning with StepZen. Sign up for a free account and easily connect ANY backend to your GraphQL API, from SQL and noSQL databases to REST and GraphQL endpoints. Build on what you’ve made in the GraphQL Studio using powerful custom GraphQL directives that powerfully connect and combine data sources eliminating the need for thousands of lines of code.

We want to make it as easy for developers to turn all your data sources into a single GraphQL API as we did the popular APIs in GraphQL Studio. It is this automatic introspection of the world’s backends that really shows the power of StepZen, and over the coming weeks we will be launching more StepZen introspection products that will supercharge how GraphQL APIs are built.

But right now we are launching a free utility to show some of the value of introspection. JSON2SDL.com takes the JSON output from any API or other source and converts it to SDL via our introspection platform. Try it out. It is a simple demonstration of how StepZen helps developers see the shape of data from a backend as they build. It’s a viable alternative to treating backends as an afterthought in your workflow.

Give the StepZen GraphQL Studio a try. If you have more APIs you want to connect and have StepZen host for you, tell us about it via the Add Any Data Source button or find us on our Discord channel.

We would love to hear about what you’re building and how we can help. If you've got questions about anything GraphQL API design, hit us up on Discord. 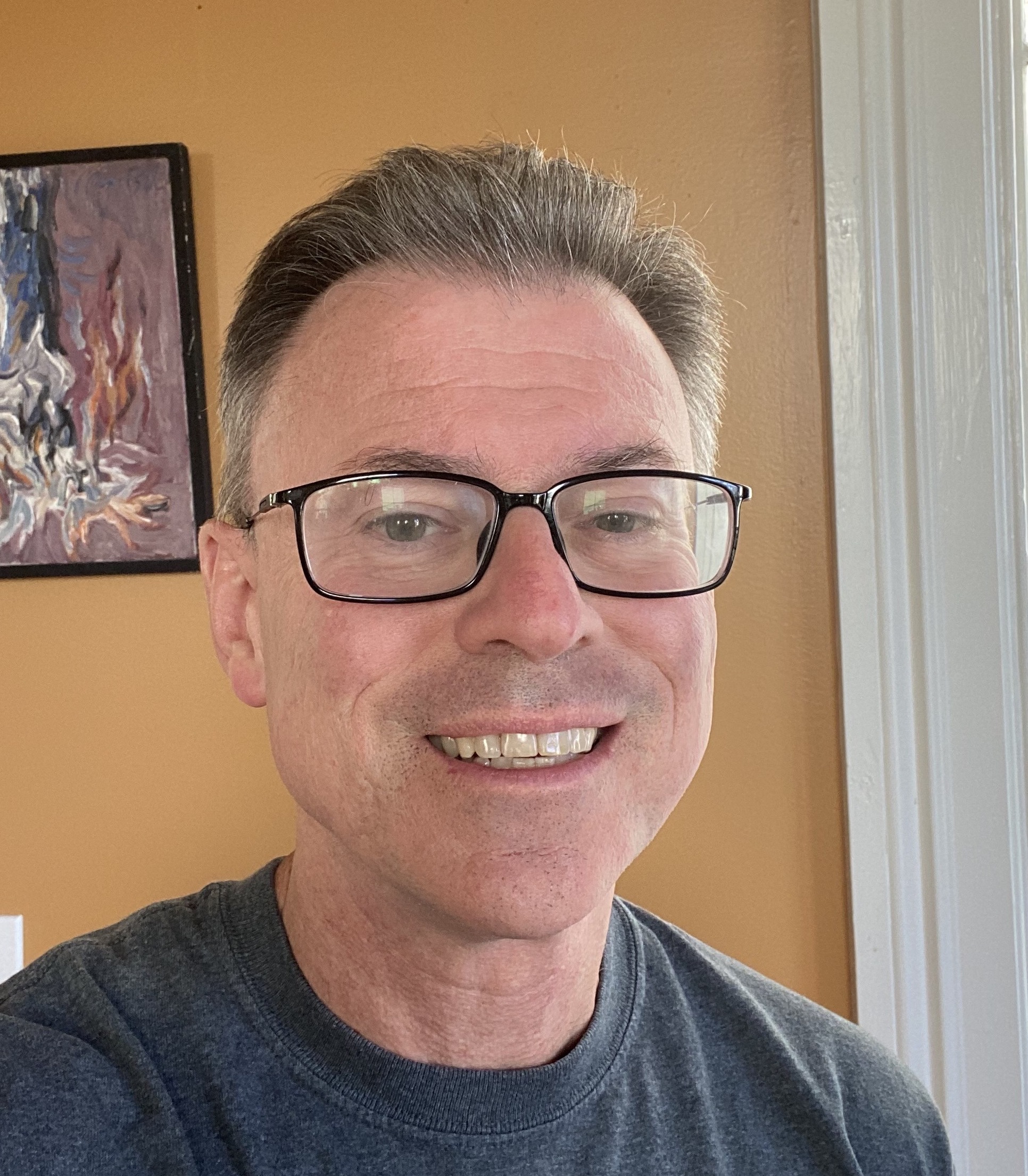